Shellfish Growers in Ireland are following closely the situation in France regarding the norovirus outbreak which has devastated the oyster industry there since it was first notified in December last year. Extremely negative reporting in the French media is exacerbating an already difficult situation with the inevitable result that French consumers are avoiding oysters with some starting to avoid all shellfish. Our French contacts say that mussel growers, who traditionally see a strong trade in January, have watched their sales drop off a cliff since this story was first reported.

So what is Norovirus? 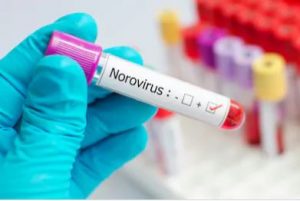 Norovirus is a highly contagious virus that causes vomiting, stomach cramps and diarrhoea. People of all ages can catch it. According to cdc.gov website the average incubation period for norovirus associated gastroenteritis is 12 – 48 hours and while no anti-viral drug can treat it, a healthy person should see it go away on its own after a couple of days. Generally speaking, once you have experienced gastroenteritis you should have approximately 14 weeks immunity before you are susceptible to it again.

Norovirus is very contagious and can spread quickly. A person suffering with norovirus illness can shed billions of norovirus particles, for instance the virus can go airborne when an infected person vomits, and it only take a small number of particles to become infected.

Norovirus illness, which can be extremely unpleasant to suffer, is at least mercifully brief, and most people will recover after only 1 to 2 days.

Origins of the Outbreak

It appears that the first cases of reported food poisoning in France date back to the beginning of December 2019. These initial cases were linked to the consumption of raw shellfish, mainly oysters, and peaked around the 25th and 26th of that month (ref santepubliquefrance.fr).

According to figures released by Santé Publique France (SPF) more than 1000 people have now been reported sick, of whom around 2% required hospitalization. The symptoms they reported were compatible with a norovirus infection, and stool tests confirmed this to be the case. A map of reported infections released by SPF shows that the infected shellfish have been consumed throughout France. http://bit.ly/3aNTztl What is more there are also international recalls active for some brands of French oysters which have been distributed to Austria, China, Denmark, Czech Republic, Finland, Germany, Latvia, Lithuania, Japan, Malta, Poland, Spain and the Ukraine (according to the RASFF Portal which reports food safety issues within the EU).

The press is adding to French growers’ headaches by focusing on the oysters causing the gastroenteritis and, according to the growers, not paying sufficient attention to what caused the infection in the oysters. They say that years of underfunding from Local Authorities has meant that the wastewater treatment facilities cannot keep up with population growth and the proliferation of houses along the coast in some areas. In addition, this has been a particularly wet winter in France and the additional run-off from the land has fed into this precarious situation.

The Ministry has laid responsibility for monitoring wastewater treatment at the door of the Local Authorities, but it may take a number of years to have strong enough practices in place. As we know from our own experience in Ireland, ensuring clean water can take the relevant authority years to achieve!

Following on from these reports a number of bays were closed outright and growers from those areas instructed to recall all their produce. Not surprisingly this has created outrage among growers who are being told to contact their buyers and explain that their oysters may have been infected without any evidence to back up this claim.

To date a number of bays have been closed in France while the authorities there try to trace back the contaminated shellfish to specific production areas. Controversially one of the most well-known oyster bays in France, La Baie du Mont Saint Michel in the North was closed before definitive testing was done to prove conclusively which production area within the Bay was infected. More than 23 shellfish growing zones in seven separate regions of France have now been closed with more than companies affected according to reports from the Ministry of Agriculture and Food. No fishing, collection or shipping can be done in the affected areas.

Many growers had foreseen this issue and had begun investing heavily in depuration tanks but with sales estimated at being down 70% on last year there are difficult months ahead. Faced with such a fall in demand growers who can still trade are advertising strongly that their oysters are clear for consumption in a bid to encourage consumer confidence.

Meanwhile growers in the affected areas have taken to the streets to protest against what they say is misleading media reporting. They want to highlight the impact that new housing schemes are having on water quality.

Over 250 protesters in Morbihan this week dumped truckloads of shells outside the headquarters of Auray Quiberon Terre Atlantique (AQTA) Commune which they feel has allowed rampant urbanization to proceed while not making the necessary upgrades to the sanitation system. In the meantime, oyster growers are doing everything within their power by investing in upgrades to their purification systems.

There is no doubt that the line taken by the press in France has had a hugely detrimental effect on how the situation is being viewed by the public there. The charge that they are inflating the seriousness of the outbreak is a serious one but when you look at the facts the position is not as clear-cut as they would have their readers believe.

For one, 100 people sick for a day or two in a country of over 66 million people is hardly an epidemic. For another norovirus can be contracted from a number of sources besides oysters. Eggs, fruit and vegetables not properly washed, or poor personal hygiene can also cause you to contract the virus. Add to that the ease with which it can be spread and suddenly that ‘epidemic’ has a different appearance. It is irresponsible and dangerous to point the finger at one industry when there remain so many questions around the testing done in the period when the virus was first being reported. There is still an amount of work to be done to fully establish the origins of the outbreak.

We look forward to hearing more positive news from France over the next few weeks.