To deepen our understanding of Ireland’s Seascapes, the Marine Institute is inviting you to complete an online survey. The survey responses will help identify, classify and describe Ireland’s seascape character, and support the implementation of Ireland’s National Marine Planning Framework.

Seascapes are an important part of our sense of identity and culture.

Our experience of the character of Seascapes includes coastal and marine history, folklore, art, nature and recreational and commercial activities that take place on and close to the sea. Seascapes can also include views from land to sea, from sea to land and along the coastline. When we describe seascape character, we are essentially talking about a sense of place – what makes one part of our sea and coast distinctive and different from another?

Often this relates to natural influences such as the rock type, depth of sea and coastline, the force of the sea and how humans have settled and interacted in and along our seascapes – from the earliest inhabitants on this island right up to today. 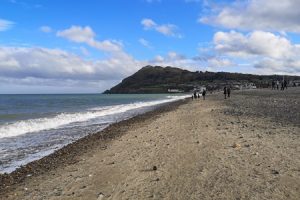 The Marine Institute has commissioned Minogue and Associates to carry out this study to deepen our understanding of Ireland’s Seascapes Character. The final report and maps will support implementation of Ireland’s National Marine Planning Framework. The research team would like to get a better understanding of how Irish people value the coast and seas.

The short online survey aims to capture your thoughts and comments about the seascapes that you are familiar with and ask you to indicate on a map where these are. This survey is completely anonymous and the information will be used only to identify draft Seascape Character Areas. The online survey is available at http://map-me.org/sites/seascapes

This project is financed by the Irish Government and the European Maritime and Fisheries Fund (EMFF) 2014-2020, Blue Growth & Marine Spatial Planning Scheme.